When you think about Chemex, the first image that probably pops into your head is a specialty coffee shop and a hipster bartender with a beard and mustache. But Chemex is actually a pop culture icon, find out with us why!

You saw it popping up on your Instagram feed while you were scrolling through the shots of some specialty coffee, in the hand of a hipster mustachioed barista or desecrated by a bouquet of flowers. A shame, considering the quality of extraction and the contribution it can make to your awakening. 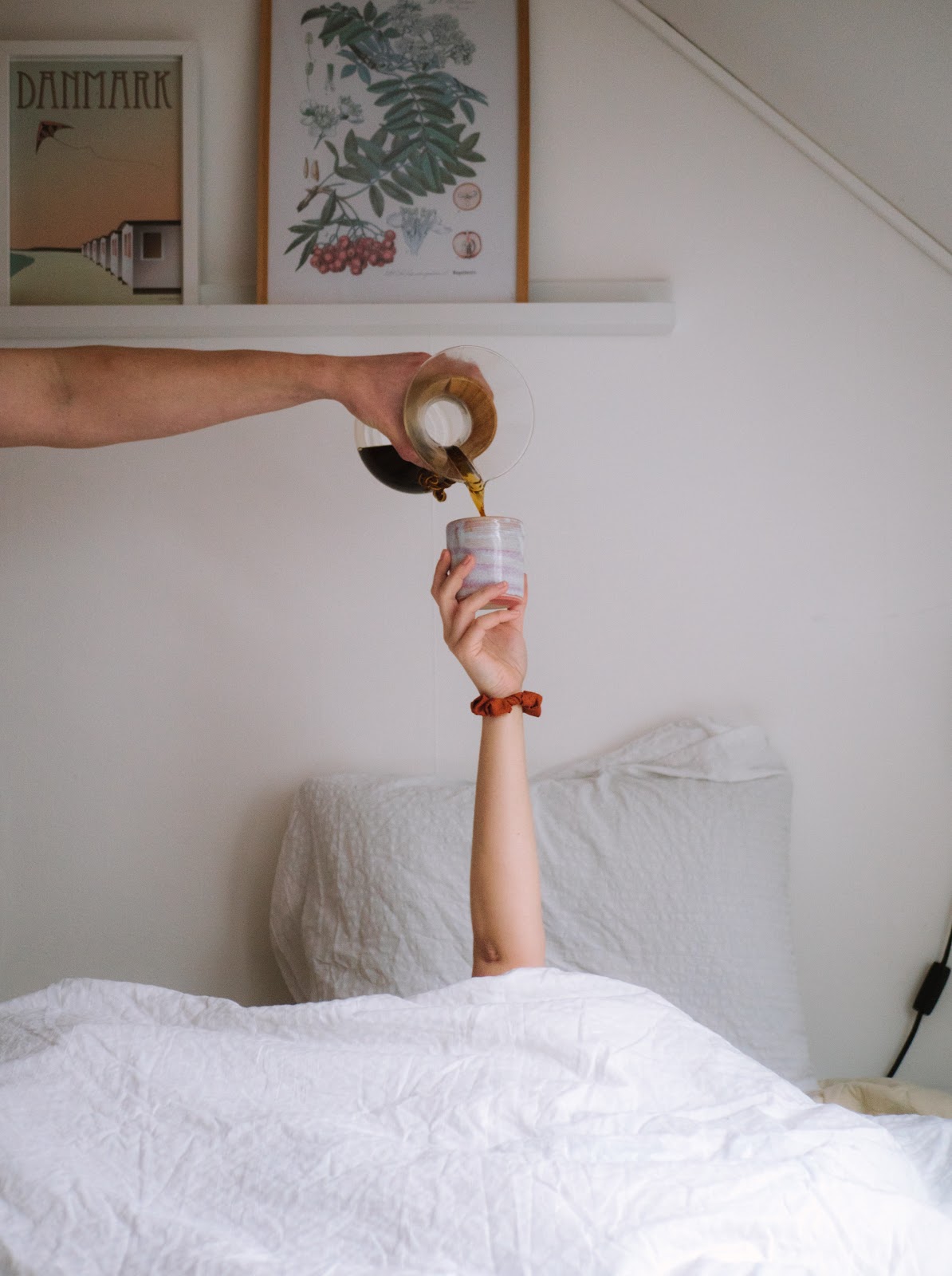 #Coffeepop is a hashtag and an initiative created by DM Italia in collaboration with the influencer Specialty Pal. The goal is ours: to spread the culture of coffee even outside the specialty niche. Everyone can buy quality coffee and everyone can extract it properly. With a little practice and the right "tips" coffee becomes POP! 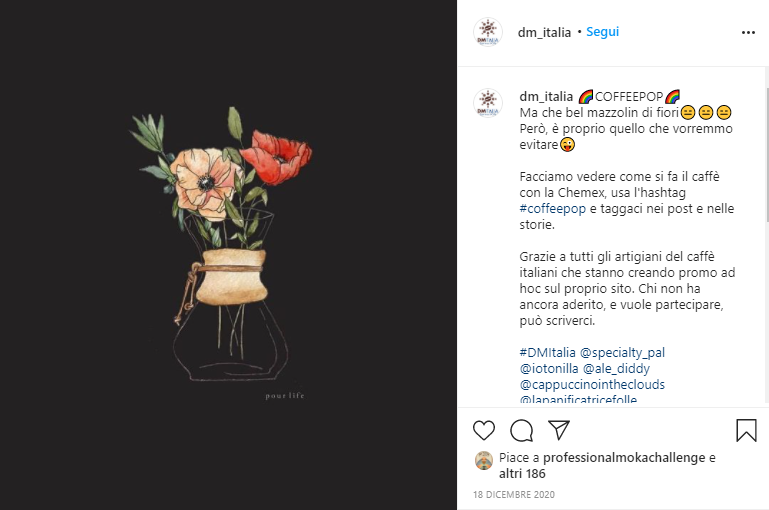 Thanks to DM Italia for the pic!

Among the extraction methods, Chemex is the icon of pop culture and now I'll explain why.

We know that James Bond's favorite drink is a shaken unmixed Vodka-Martini and thanks to Chemex we can also tell how he drinks his coffee: two large cups of black and sugar-free coffee (From Russia, with Love - 1957).

Later we find it in many popular films and programs of our century: in "Mad Man", in "Friends" several times, in “Interstellar” as a water jug ​​and even in the Netflix original series "Grace and Frankie" nominated for an Emmy.

It may seem like an instrument born from the Third Wave of coffee, but it has been in production since 1941, invented in the United States by Peter Schlumbohm. Thanks to his chemical formation, he was able to better interpret the chemical processes that occur during extraction to obtain a suitable tool for obtaining a clear and flavoursome coffee.

The design exudes minimalist utilitarianism: an hourglass-shaped glass flask cinched at the waist by a wooden corset secured with a leather strap. An object so stylish that it is exhibited at the MoMA in New York. 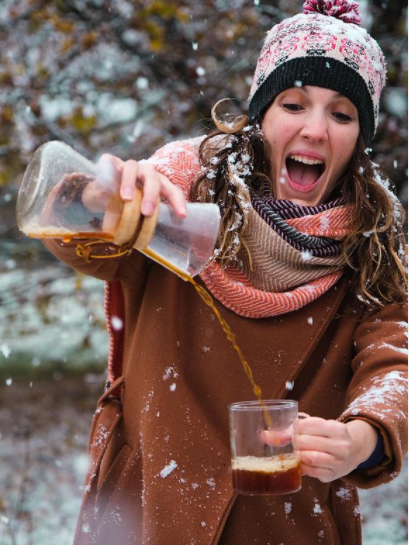 Thanks to Specialty_Pal for the pic!

In practice, the three-cup Chemex model corresponds to a large cup (just to be clear, think of a mug). If you like sharing your coffee, or you always leave a little more to drink throughout the day, discard this option now and opt for the six-cup model upwards.

Chemex concentrates all the advantages of a good extraction tool: easy to use and with high performance: the shape, the opening, the filters. All is designed to give a clear and clean drink. Practice will do the rest. 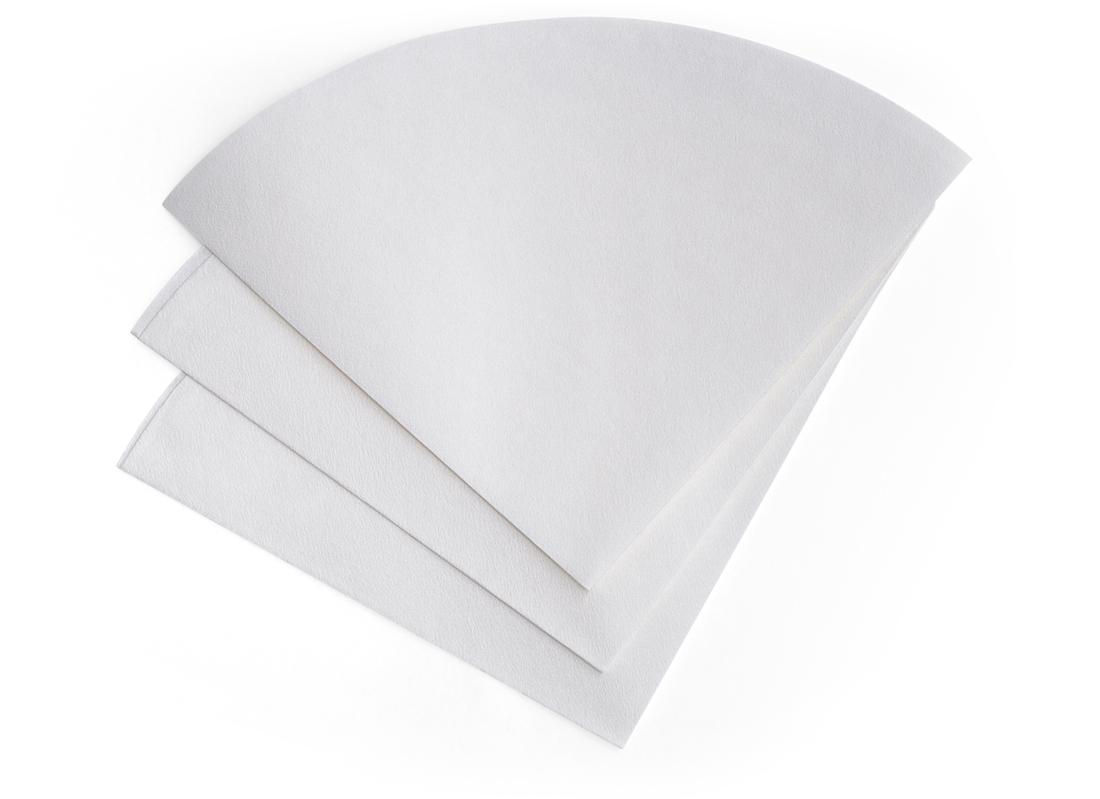 The first time you have to deal with Chemex filters, it will feel like you are in an origami class. Don't despair, it's actually a lot easier than it looks. Just open it in a cone so you have a single layer on one side and three layers on the other; this is what you will place against the chemex spout to prevent the paper from tearing.

Very similar to the granulometry of the moka, although it will always depend on the model of chemex and the coffee to be used. Normally it should be around 600 microns. If you don't have a special sieve, you can refer to something you find much easier in the pantry: fine sea salt or a ground spice pepper.

One piece of advice we always feel is to be based on empirical research: an optimal extraction time should be about 3 minutes, but it is better to always rely on the quality of the cup rather than on the numbers. If you find that your cup is weak, then tighten the grind until you perceive a rather marked astringency. At that point it will be necessary to take a step back and return to a less fine grind. If, on the other hand, you immediately perceive astringency and acidity and the water has a hard time going down (clogging) with a rather muddy and wet final bed. On our IGTV channel you can still find many useful tips to start.

Now you just need to read our recipe!

P.S. Find our tricks to prepare a filter coffee with Chemex in the live Instagram ;)